One thing you notice, when out on the Sea of Galilee, is that conditions change quickly. In just a heartbeat, the sea’s glassy surface can turn choppy – and suddenly you’re surrounded by whitecaps.

Safe aboard a tourist boat during our Holy Land pilgrimage in Spring 2019, I didn’t exactly feel threatened by the turbulent waters. But I did develop a deeper solidarity with Peter and the other fishers-of-men in their 1st century vessel. Low-grade anxiety can well up as quickly as the whitecaps, I learned, particularly when you’re “already a few miles offshore.”

Jesus: Making waves for us, on the Sea of Galilee.

We encounter a fear-filled Peter in the gospel reading proclaimed at Mass this Sunday – the famous tale of the great saint sinking like a Rock when he tries to walk on water. Here’s the set-up to the story:

Meanwhile the boat, already a few miles offshore, was being tossed about by the waves, for the wind was against it. During the fourth watch of the night, [Jesus] came toward them walking on the sea. When the disciples saw him walking on the sea they were terrified. “It is a ghost,” they said, and they cried out in fear. At once Jesus spoke to them, “Take courage, it is I; do not be afraid.”

And then things take a most unusual turn:

Peter said to him in reply, “Lord, if it is you, command me to come to you on the water.” He said, “Come.” Peter got out of the boat and began to walk on the water toward Jesus. But when he saw how strong the wind was he became frightened; and, beginning to sink, he cried out, “Lord, save me!”

Odd, isn’t it, that a professional boatsman like Peter would ask that he be commanded to step out of the boat? And odder still, that Jesus would comply with Peter’s request?  Wouldn’t it have made more sense for Peter to invite Jesus to clamber aboard?

True enough, I suppose, if personal safety were the fundamental point of the story. But it occurs to me that Jesus has a different sort of teaching in mind. I started wrestling with that notion when I realized that Saturday’s daily Mass reading (from the prophet Habakkuk) also features men casting about the Sea of Galilee. The prophet takes them to task, in fact, for putting a bit too much faith in what the work of their hands produce:

[The wicked man] gathers them in his seine; and so he rejoices and exults. Therefore he sacrifices to his net, and burns incense to his seine…for thanks to them, his portion is generous, and his repast sumptuous.

The prophet has a point, I think. And so does Jesus. Our “programs” might be useful for a lot of things, but in the end, they have no power to save us. Our boats can be swamped, our nets can tear – and then, what will we have left to ensure that we can weather the storm? It’s a bit in-seine (if you’ll pardon the pun) to think we have complete control over all the circumstances of our lives.

That’s where Jesus comes in: He invites us to step out of the boat once in a while. He exhorts us to have faith in God’s providence. He walks across water to remind us that fear and anxiety are useless. They won’t ever provide the power to move us closer to the shore.

So the key question, then, becomes formulated something like this:  “In-seine”? Or “in Jesus”?

And: Am I listening well enough…to detect the Lord’s still, small voice? The sound of a God who speaks…not in heavy winds and earthquakes, but in a tiny whisper? 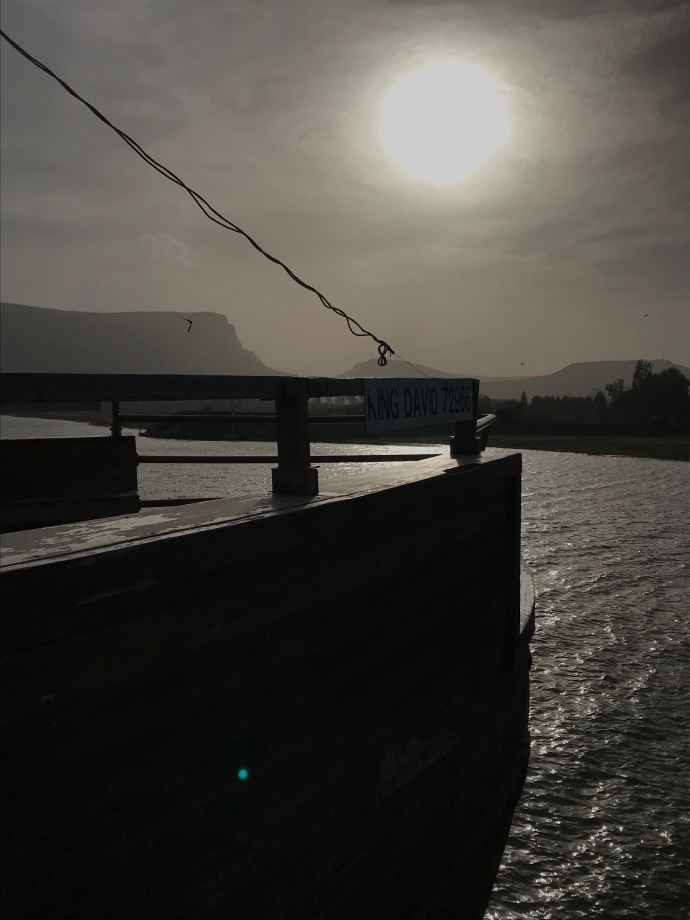 Am I ready to jump overboard, toward Jesus?