There are times when my dark heart is filled with an intense envy. Times…like the recent weekday afternoon, when a purportedly “easy” home improvement project descended into a tar-pit of personal incompetence.

The task: Replace a decades-old (and marginally functional) handle and deadbolt on the front door to our home. I decided to tackle the project myself – rather than call upon one of my ultra-handy friends – because I’d been lured into a false sense of security by the makers of the new hardware.

“Easy installation,” their marketeers promised on the packaging – underscoring the temptation with the image of the single tool required: a screwdriver. Heck, even an HID (Home-Improvement Doofus) like me owns a screwdriver! 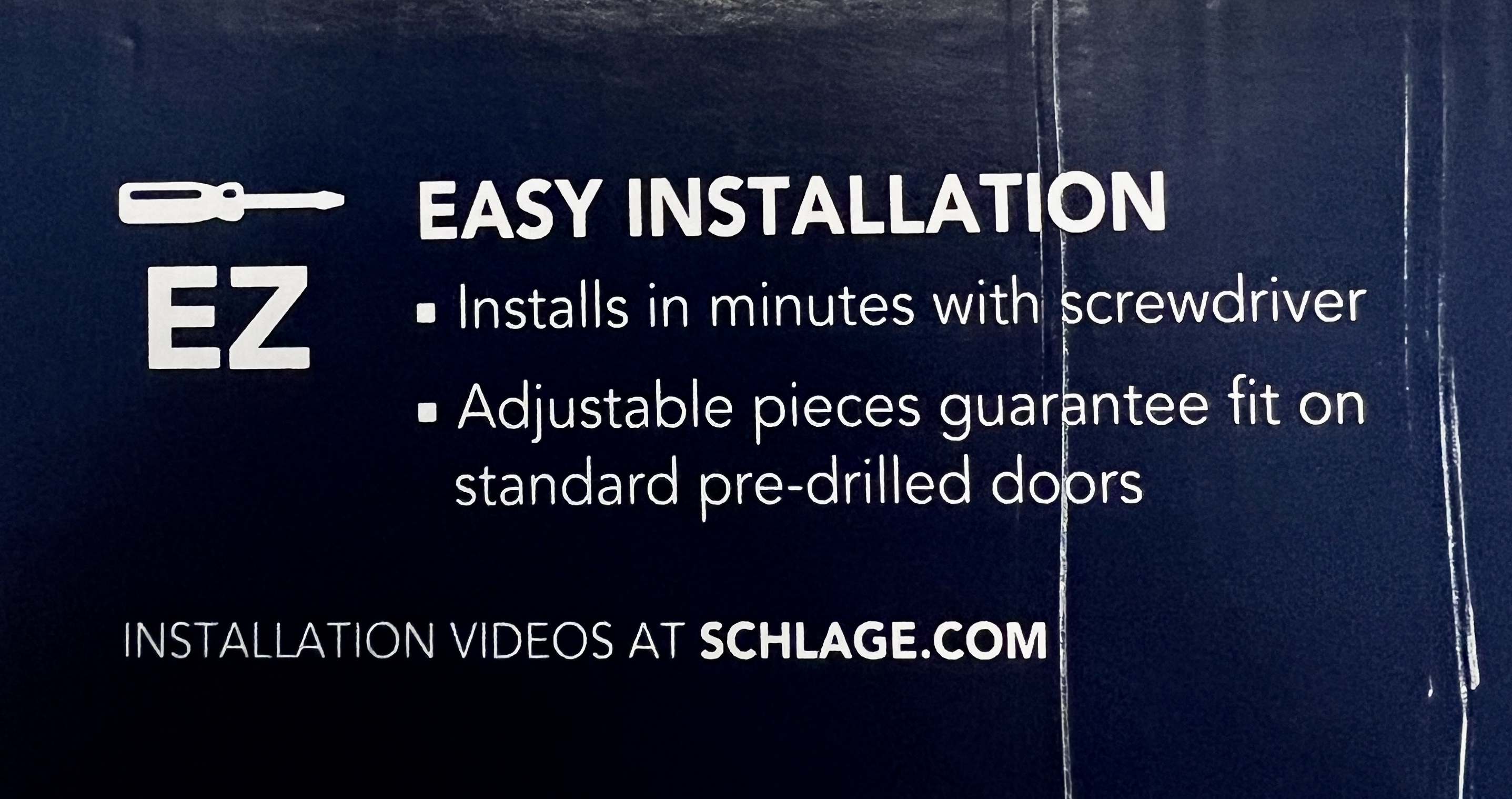 I mean, really: What could possibly go wrong?

And perhaps it’s an accurate promise for some. The project might actually BE simple for someone who’s done it before. Someone whose thumbs don’t fumble fasteners…and whose eyes can still focus on slotting tiny objects into the proper openings in dimly-lit places.

About 45 minutes into the 15-minute project, I noticed that dark spirit welling up in me – a very real, if irrational, desire to be more like my ultra-handy friends. Why couldn’t I have what they have? Why does EVERY SINGLE PROJECT I touch…have to descend into a debris field of disaster? 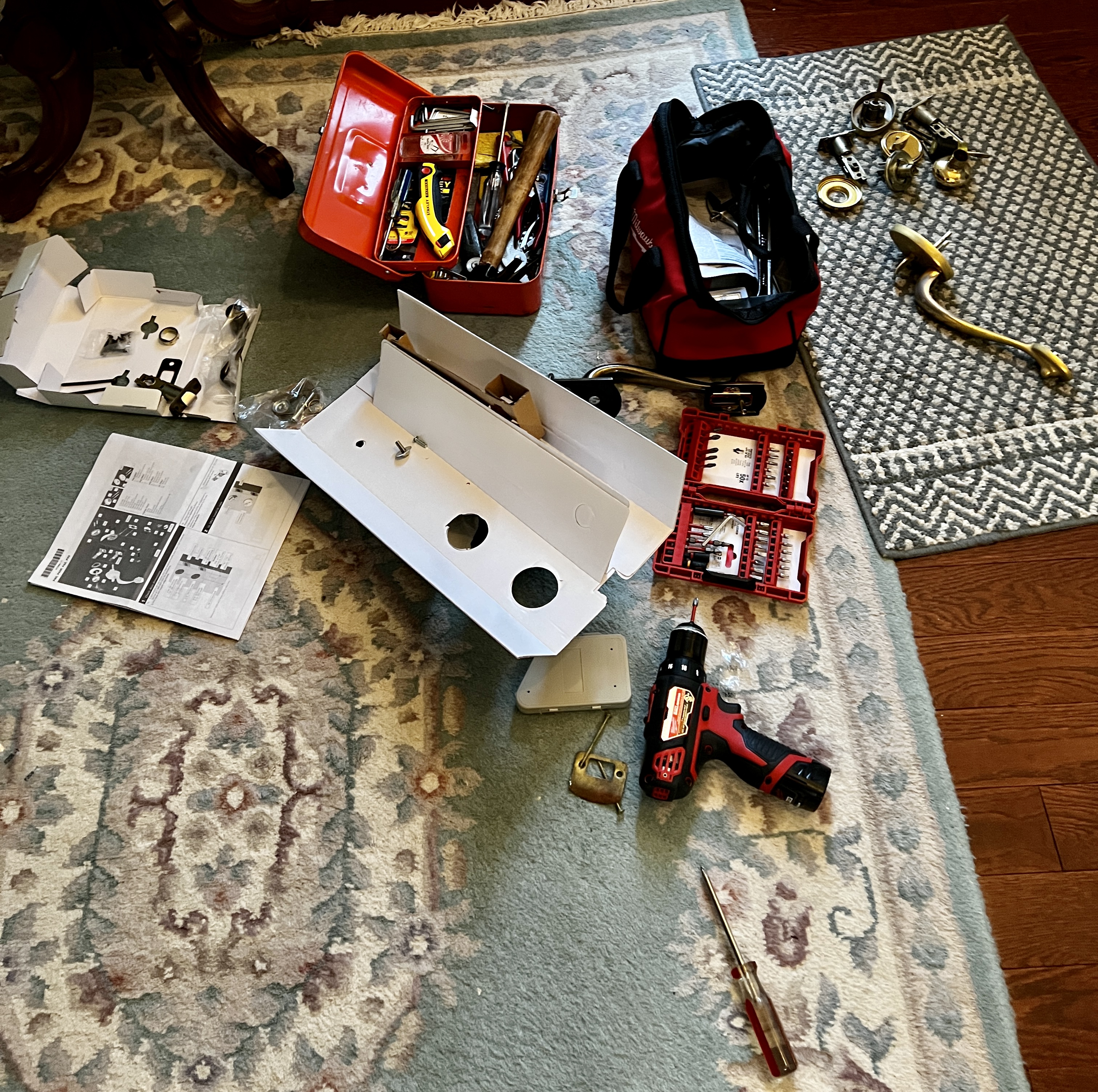 Envy’s not a terribly productive energy, though, is it? And having already reached the point of no return, I had to soldier on – otherwise we’d have no way to secure the entry to our home.

It was about then I noticed another significant detail in the promise printed on the package: “Adjustable pieces guarantee fit on standard pre-drilled doors” Only “standards” change over time, I discovered. As it turned out, the 1/4-inch hole drilled in this door in the early 1990s wasn’t large enough to accommodate the 3/8-inch grommet at the base of our 21st century hardware. And OF COURSE this HID didn’t own a 3/8” drill bit…so I had to schlep off to the store to buy new set of bits…in order to create what I’ve now dubbed my “$30 hole.”

“All’s well that ends well,” observed the Bard. And that might be one way to wrap up my tale.

But as we near the official end of the Christmas season, I’m also moved to meditate on my project’s underlying spiritual dimensions. It’s humbling to note, for example, how quickly my DIY frustrations turned into something much darker – at least for a time. I became very much like King Herod, when he learned from the Magi that things may not turn out the way he planned:

When King Herod heard this, he was greatly troubled, and all Jerusalem with him.

I’m especially intrigued by the last clause in that sentence: “and all Jerusalem with him.” Indeed, we don’t tend to keep our bad moods to ourselves, do we? We tend to invite everybody around us into the action – whether or not they’re expecting to have their moods fouled by ours.

But the Magi teach us that another option is possible, even preferable, in those times when we find ourselves peering into a $30 hole. If we simply take time to invite Christ to enter in…we might be given an altogether unexpected grace – the chance to begin our journey home by another way.

The key to a fruitful New Year: allow Christ’s grace to enter in.

This site uses Akismet to reduce spam. Learn how your comment data is processed.