It’s tough to get lost in Kansas (although I suppose, after yesterday’s game, the Mizzou men’s basketball team might disagree.)

A recent trip through the Sunflower State reminded me of that fact. Kansas is a place where just about all the ways are straight: Interstate highways. City streets. Rails.

Just get yourself pointed in the right direction, and you’ll likely end up at the desired destination. 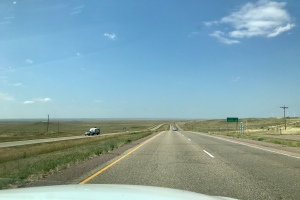 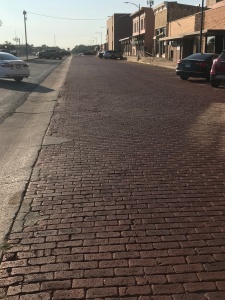 …where it seems EVERY path… 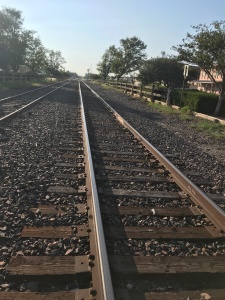 This is not necessarily so on the spiritual path, however – as we are reminded again and again during the Advent season. Life is messy, filled with unexpected diversions (not to mention the occasional dead-end). Even when your heart is properly oriented, you can wind up taking a dangerous detour or making a wrong turn.

Perhaps that’s what the holy people gathered around John the Baptist ultimately concluded about their journey with him. In the gospel passage we hear today, on the Third Sunday of Advent, their hearts had begun to swell with a curious feeling…an unanticipated joy:

Now the people were filled with expectation, and all were asking in their hearts whether John might be the Christ.

John immediately sets them straight, of course: …one mightier than I is coming!” But as I meditate on their mistaken sense of expectation, I can’t help but wonder whether they felt a bit confused, a bit disoriented, in that moment. Something about John’s preaching had convinced them they’d found the Chosen One – as unlikely a Messiah as he must have seemed, all decked out in the skins of wild animals.

Imagine, being willing to make such a leap of faith – only to then have your expectations dashed by the implausible prophet’s very own words.

What’s God up to, anyway? What is the Holy One trying to make us see?

For his part, John is trying hard to help us understand, I think, by encouraging us to look for the kingdom of God, really close by: “Share what you have.” “Don’t abuse your power.” Think of the needs of others.”

But there’s an even better piece of Good News contained in Sunday’s scriptures, isn’t there? The prophet Zephaniah makes it clear why our Advent expectations can (and should) be joyful – even if all too often we wander off the straight and narrow path. Sure, we’re gonna get lost from time to time. But the Holy One’s promise remains the same:

The LORD, your God, is in your midst,
a mighty savior;
he will rejoice over you with gladness,
and renew you in his love,
he will sing joyfully because of you,
as one sings at festivals.