Those are my quick take-aways from having spent a few recent days relaxing and exploring around Père Marquette State Park, just a few miles north of Grafton, Illinois.

Illinois, as any long-time resident of St. Louis knows, is the state that lies due east across the Mississippi River from Missouri. So in my mind, it stood to reason that – when gazing from an overlook at the western edge of the park – I’d be gazing upon the Mississippi in the distance.

One of them has to be the Mississippi, right? Wrong!

Indeed, I saw three bodies of water. But when I did a little map-guided orienteering later in the day, I learned none of them was in fact Big Muddy. Rather, two were long slender slough-lakes, and the third was the Illinois River.

…which, I also learned, had become celebrated as Father Jacques Marquette’s return route during his famous 17th century explorations. In other words, he was headed north at the conclusion of his journey, not at the start – as I had imagined would surely have been the case.

And all this misdirection makes me more than a little grateful that I was able to enjoy the natural beauty of the spot only after it’d been turned into an easily-navigable resort. Had I been accompanying Père Marquette in a birch bark canoe – on a mission to create maps, rather than mis-read them – things likely would not have ended well.

Still, I take some consolation in knowing that my confusion occurred on the eve of Pentecost – a feast that seems to revel in turning our pre-conceived notions upside down. First, the Spirit’s remarkable gifts are poured out on a small group of uneducated Galileans:

And they were all filled with the Holy Spirit and began to speak in different tongues, as the Spirit enabled them to proclaim.

At this sound, they gathered in a large crowd, but they were confused because each one heard them speaking in his own language.

They were astounded, and in amazement they asked, “Are not all these people who are speaking Galileans? Then how does each of us hear them in his native language?

None of it stands to reason, does it? But thanks be to God: There are times in life (and places) the Spirit graciously uses to show us…that perhaps we don’t know as much as we think we do. 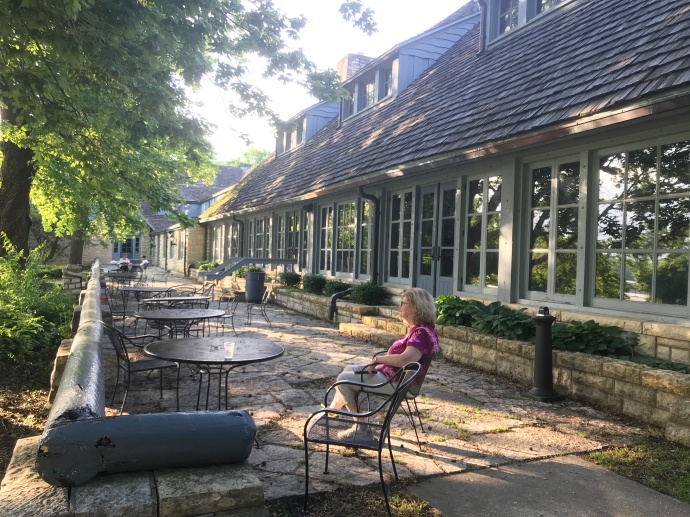 A chance to relax, and bask in the gifts of the Holy Spirit…