‘How Big Is Your God?’ asked Paul Coutinho provocatively in his spiritual best-seller a few years ago.

And this weekend, we get an answer of sorts.

It’s right there, in the first line of the first reading, from the Book of Wisdom:

Bigger than the whole universe, eh?

That’s pretty darn big…as I learned earlier this week when listening to the daily installment of Stardate on the local classical music station. I heard all about a red star named VV Cephei – one of the largest stars ever observed. 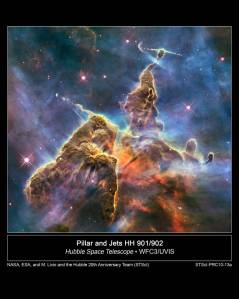 How big is Cephei? Check this out: Its surface is so large that it produces more light in a single hour than the Sun will in an entire year.

But if you think about it, Cephei is one of only billions of different stars in the universe.

And the universe, scripture tells us, is no larger than a grain of wheat from God’s perspective.

Try to wrap your heart and mind around that sizeable reality, and all of a sudden, it’s not quite so hard to understand the actions of Zacchaeus when he comes face-to-face with the Lord of the universe. The greed in the tax collector’s heart somehow disappears.

But Zacchaeus stood there and said to the Lord,
“Behold, half of my possessions, Lord, I shall give to the poor,
and if I have extorted anything from anyone
I shall repay it four times over.”

This dude is promising an outsized gesture, to say the least. It’s a level of restitution, frankly, that goes beyond my puny ability to imagine.

‘Half my stuff? Really?’

And in my reluctance, I am moved to consider Coutinho’s question again: Just how big is my God?

On whom do I actually rely for my salvation?

And: How vast must God’s mercy be…in order to forgive and forget the sizeable idols I’ve built – and continue to erect – in my life?